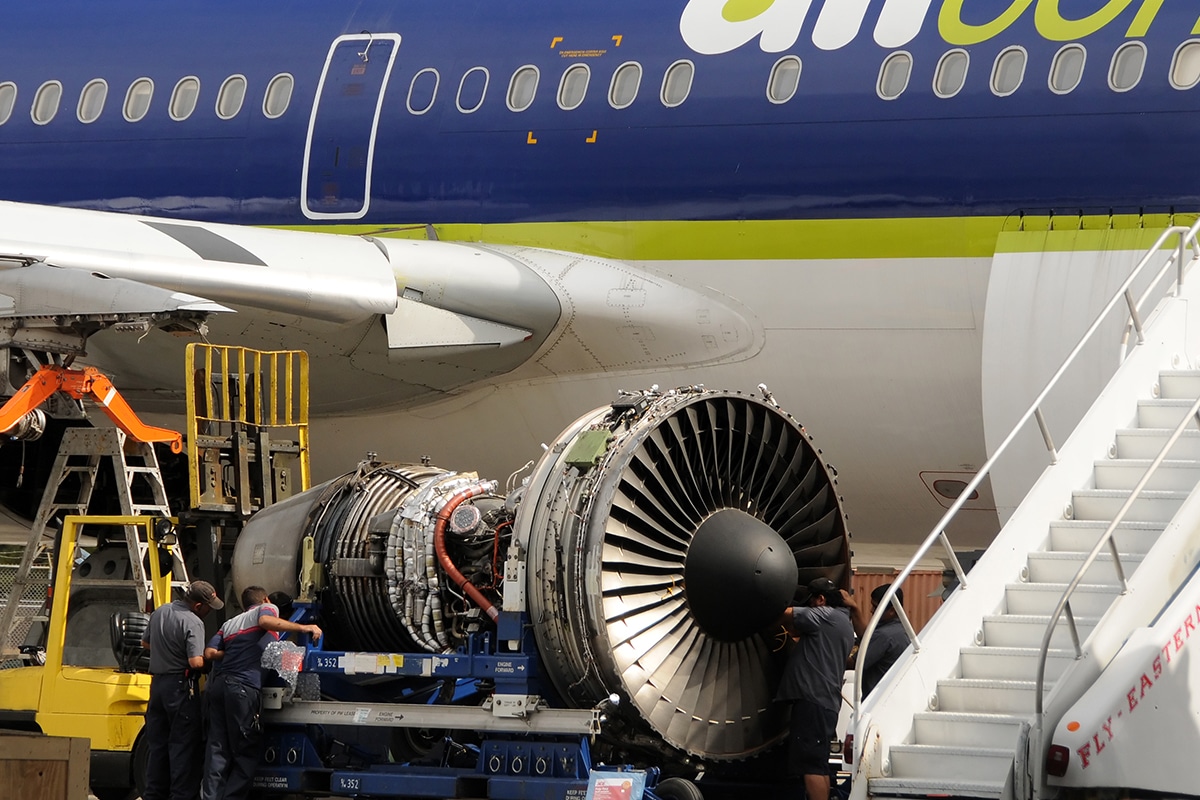 Aircraft recycling is not only resource-friendly, but also a future and lucrative trend.At the end, after being used as a passenger aircraft, the life starts all over again: The retired planes are too valuable to be dumped in a landfill, so they will be completely recycled and start a new life. For example, as a cola can.

The Airbus 310 has led a veritable jet-set life: More than 18,000 take-offs and landings at airports around the world were mastered, it spent even more hours in the air and carried more than one million passengers. Now, after serving for more than 20 years, the passenger aircraft is at its last stop in life: in a hangar at Paderborn-Lippstadt airport. The aircraft, whose usage marks have been covered with fresh paint, will be dismantled recycled. It is a premiere in Germany while simultaneously demonstrating the future trend.

A second life for airplanes

From the seats to the engines, almost 100% of an aircraft can be recycled, so that in the end not even one screw is left. The housing of the Airbus 310 alone brings about 40 tons of aluminium scrap, which can be recycled efficiently and is ready to start a new life. That is resource-friendly and lucrative at the same time. After all, if an aircraft remains airworthy and functional, its maintenance will become expensive in the long run. With increasing age, maintenance work increases and the efficiency of fuel consumption decreases.

Now more than ever, the importance of recycling is increasing due to the fact that many aircraft are reaching their retirement age. Looking at the past decades, it is clear that air traffic has increased massively: in 1960 there were only 106 million air passengers worldwide, but by 1987, one billion people had taken off. And the 4.1 billion air passengers in 2017 was another record, according to the International Civil Aviation Organization (ICAO). Based on information from the American aircraft manufacturer and world market leader Boeing, around 600 commercial aircraft are eliminated from service every year. The governing body AFRA (Aircraft Fleet Recycling Association) expects the same number and predicts around 12,000 retiring commercial aircraft over the next 20 years.

Furthermore, the average age of the fleet will fall from 11.2 to 9.7 years by 2027 and aircrafts will have reached the end of their service life earlier. Like their predecessors, they will eventually end up in so-called aircraft cemeteries. There, you will find machines that either act as reserve planes in peak times or are scheduled to be scrapped completely. Anyone may be familiar with aerial photographs, for example from the Mojave Desert in the USA: hundreds of aircraft lined up and largely protected from short-term decay in the dry, hot weather. However, a change in thinking has begun in recent years: Not only the installed raw materials but also the spare parts are too valuable.

When disassembling, the aircraft mechanics are extremely careful: Once the covering has been removed and folded upwards, a movable scaffold, called “Jack” in the jargon, is pushed under the turbine. Carefully, the mechanics loosen the roughly 5.5-ton engine, protecting important parts from damage with plastic film and red adhesive strips. Removed, cleaned, inspected and recertified in accordance with aviation safety guidelines, the turbine represents a valuable spare part. It can be used, for example, when one of the still active siblings has suffered a bird strike in its engine. Turbines, avionics – i.e. electronic equipment such as computers, flight instruments or radar – and the landing gear make up a large part of the value. But seats and life jackets are also resaleable. More than 1,000 parts of an Airbus A310 can thus be brought back onto the market.

Nevertheless, the second-hand spare parts only remain valuable if they are fully functional and certified. Consequently, after years in the desert, an aircraft is only worth a bit more than scrap. The European Commission estimates that around 45 percent of the mass of an aircraft that has been taken out of service has ended up in landfills in the past, and that only the aluminium of the body shell has usually been recycled. To change this, the EU Commission co-financed the PAMELA project (Process for Advanced Management of End of Life of Aircraft) of the European aircraft manufacturer Airbus in 2006. The thesis: 85 to 95 percent of the aircraft can be reused – analogous to the EU directive applicable to cars. This was successful: Only 13 percent of the Airbus A300 dismantled in the project ultimately had to be declared as non-recyclable waste.

Once the potential spare parts have been removed, it only takes a few days: a crane and an excavator with tongs dismantle the rest of the aircraft, which is then packed into containers. The dismantling of the company Tarmac looks more refined: With their patented dismantling technique, a portal is moved over the fuselage of the aircraft so that a cable can cut through the metal cleanly. The scrap metal is sold through dealers.

Over time, more and more new techniques will be developed to make the recycling process of aircraft parts as efficient as possible. This means that special methods are needed to recycle in a sustainable way. An example is the structural element “carbon fibre”, which is currently one of the most difficult components to recycle.

Anyway, the Airbus A310 from Paderborn-Lippstadt will soon begin its second life above the clouds. Perhaps with one of the precious engines or even just as a cola can made of recycled aluminum in the on board kitchen. 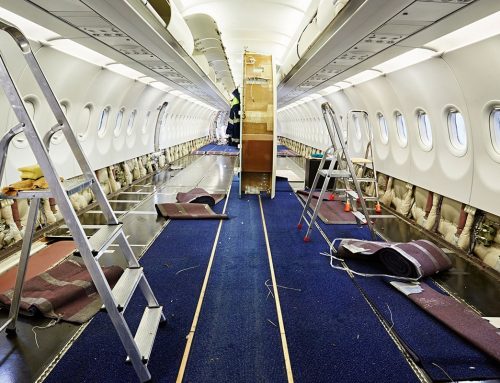 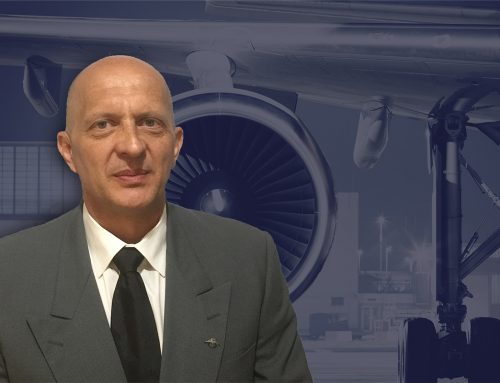 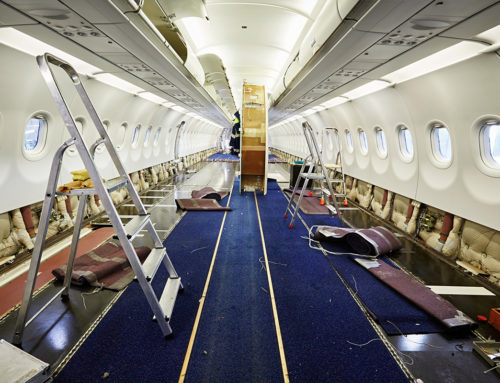 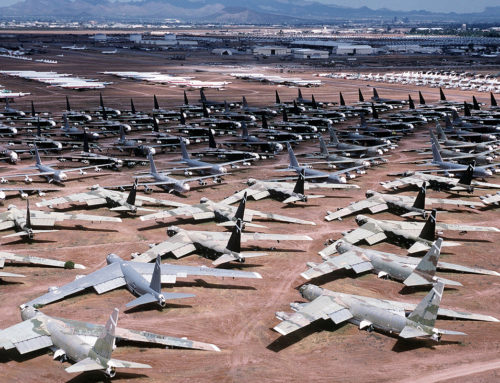